This is a text widget. The Text Widget allows you to add text or HTML to your sidebar. You can use a text widget to display text, links, images, HTML, or a combination of these. Edit them in the Widget section of the Customizer.
Posted on June 28, 2019June 28, 2019 by Violet

Till recently, TED has always been something very distant to me due to my incorrect assumption of it being a motivational speech platform. Yesterday I got a video of Shashi Tharoor speaking about ‘soft power’ on my YouTube feed. That changed my whole imagination about TED. And since yesterday, I have been, what you can say, binge-watching TED’s videos.

One that caught my attention was that of Bhutan, being represented by it’s honourable Prime Minister Mr Tshering Tobgay. I would put the link of the video in this post too. He spoke about Bhutan, a neighbor of India, a country India has always been supportive of, a country India has since ages been friends with.

This video let me know a lot about my brothers and sisters who live on the other side of the border.

Hon’ble Prime Minister stated time and again about how small the country is in terms of economy, resources and population. Probably their resources wont last more than 15 years. But still they provide electricity, medical aid and other elementary needs of life for free.

This is where a country and it’s leaders greatness rings the hearts and brains of people. For him it was not just a speech, rather it was a platform to urge the global citizens to work for a better world.

For real, Gross Domestic Happiness is the bill or law or amendment that needs to be passed through people’s hearts. 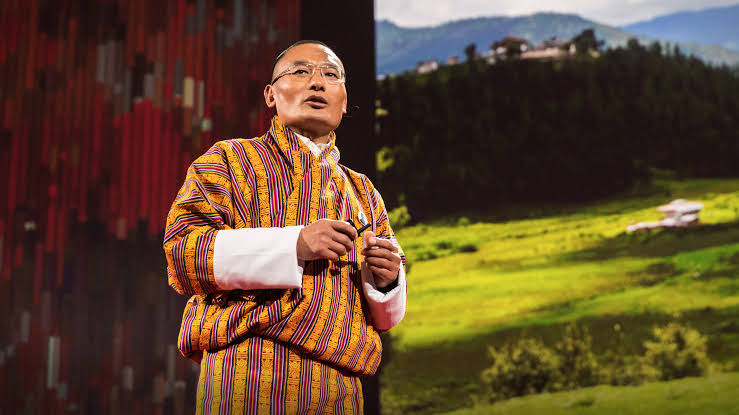 A student in search of my wings. View all posts by Violet